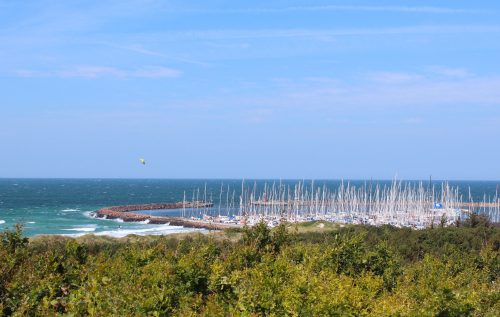 Everybody raves about Summer at Anholt. The beach, the atmosphere, the landscape, the laid-backness. I am not sure what it is actually like in the colder months, but in Summer this island in Kattegat is a gem.

From above it looks like a little singing bird, from ground level you can hear singing, often of an evening around the barbecue area, the later the jollier it gets. Swedish, Danish, German, Finnish, Dutch, Polish, everyone seems to meet at Anholt.

This does make for a wonderfully relaxed mixed atmosphere, but brings with it one of the biggest feats: getting a spot for you boat. It gets down to tactics and some luck of course, but if the marina is crowded you might have to use all you have to get a box on the pier. Otherwise mooring in the outer harbour is fine if the weather is up to it. Either way it is worth it. You learn that quickly. Keep your eyes open after 8am, there is often quite a bit of movement then.

The beach knocks up well in comparison to other more exotic destinations around the world, the water is clear and when the wind is blowing from the south west you get some good waves rolling in. The island is mostly in a pretty natural state, with bike and walking tracks all around. 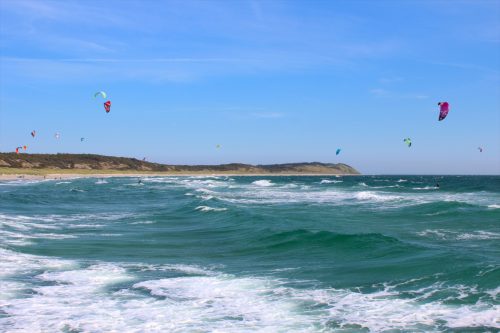 The less you do here, the more you will have of it. But should you feel the need to take upon some activity there are some things worthwhile exploring.

Rent a bike at the harbour and cruise around the island. No need to hurry. You can go out along the northern road, via the airport (don’t miss the airport, it is more a landing strip with a shed) continuing on down south to Sønderbjerg, jump off your bike and climb up it for some great views, then back through the village to the harbour. Try calling +45 60 74 03 13 or just go by the hire shop pretty much at the start of Nordstrandvej at the harbour. Child seats and bikes are also available and it you have your own bike you can pump up your tyres here too.

Take a stroll into the village to see what is going on on a lazy afternoon. You can get supplies at Brugsen, and there are often little concerts and music in the gardens in Summer, if you are lucky you will catch one. Sit under the trees, listen to the music and let your mind wander.

If you are in for a longer walk, you can take the tracks on the northern side out east to the point or tail end of the island to try to spot the seals in the colony. It is about 10km one way, and dry going, so don’t forget to stock up on water.

Around the harbour are quite a few kiosks, eateries and a small supermarket to fill you stomach aptly as well as a fish monger with great local specialities. Just stroll around the marina, you will find them all.

Don’t miss the Oracle bar direkt on the beach for drinks. Be aware, you won’t be the only one at sunset.  It’s just behind the ferry terminal.

For anyone without a boat you can take the ferry to the island. Infos here.  If you have too many unexpected visitors, they, or you, can camp it out at the camping grounds at the North Beach, Anholt Camping.

Anholt Festival is around the end of July at the Anholt School.

Feeling fit? Join in for the Anholt Marathon on August 31st this year.